The facility will be a place for the community to enjoy the land the Foundation helps to preserve.
What we did 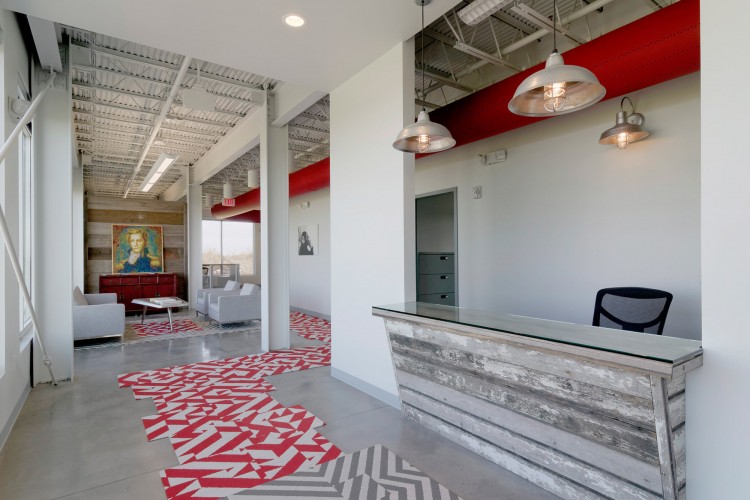 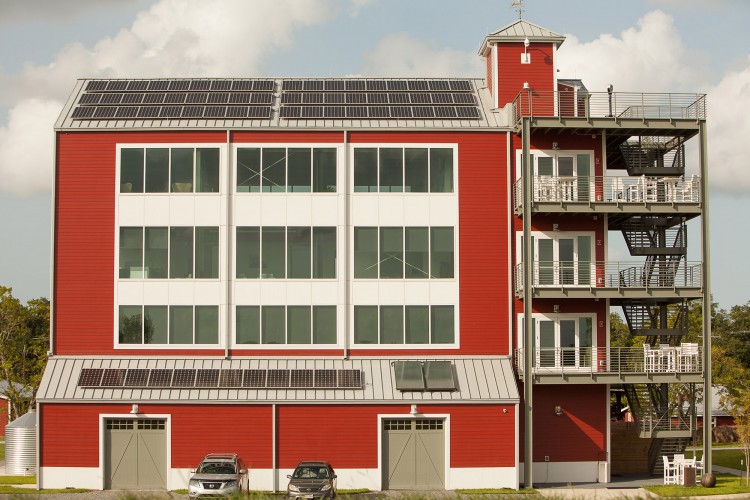 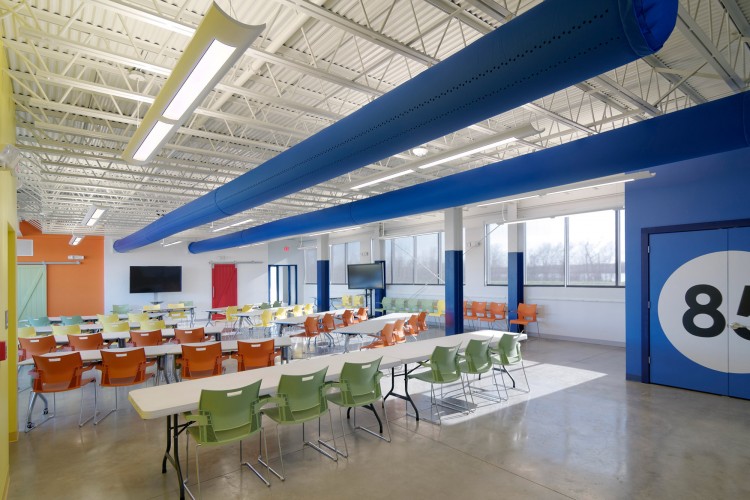 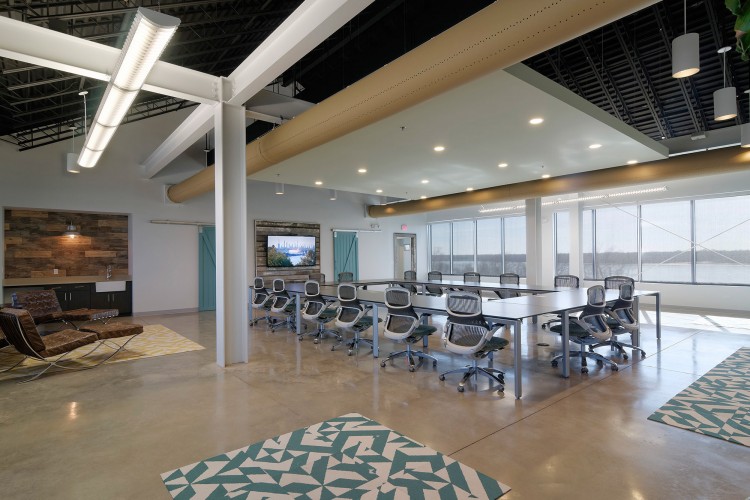 The Meraux Family Foundation commissioned Rozas Ward Architects to build a new operations center located on the Docville Farm site in St. Bernard Parish, La. This four story, 20,000 square foot building provides much needed office and meeting spaces. The facility will also be a place for the community to enjoy the land the Foundation helps to preserve. The building is named after Ms. Arlene Meraux, in honor of her tremendous contributions to the parish.

The design of the Observation Center is influenced from the surrounding agricultural context on Docville Farm including the local barn buildings located along the Mississippi River. Being only one hundred feet from the river, the building was oriented with one long, largely-glazed main façades towards it in order to maximize views of the Mississippi. The opposite façade captures views of the expansive and beautiful Docville Farm. The design of the interior is an open plan concept and reveals the structure of the building. Expansive glass walls at every floor preserve this openness and make the views of the river and the farm accessible. Capturing these views was a primary goal of the design. To that end, there are also large exterior observation decks at each level to showcase panoramic views of the area.

In addition to the office and meeting rooms, the first floor consists of an entirely open plan that connects to the exterior through many large roll-up doors. This space allows the Meraux Foundation to effectively host many community events. The meeting spaces dominate the second floor with its large multi-use room, while the offices are housed on the upper floors. The third floor has an open-office environment including a map room and a large archive, while the fourth contains the executive office and conference room.

Many energy saving features were incorporated in the design for the Meraux Foundation. Solar panels predominate on south facing roofs, providing electricity for the facility. Solar energy is also utilized via water heating panels, further reducing energy costs for hot water by preheating it. Energy reduction is also achieved through the use of closed-cell insulation and low-E, double insulated glass to prevent cooling and heating from seeping into the exterior. Surrounding farm areas will be drip-irrigated from a large rain-capturing cistern and the design is characterized by highly-efficient plumbing, electrical, and mechanical systems. This LEED-friendly building will be built to stay in tune with the environment and will allow the Meraux Foundation to operate efficiently. Projected to be completed in April of 2014, this operations and community center will better enable the Meraux Foundation to carry out their mission to improve St. Bernard Parish.